Antibiotics for Cats: The Pills that Fight Bacteria! 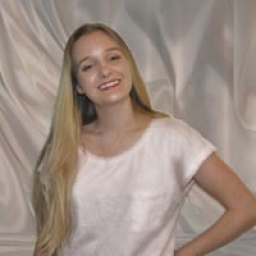 Freelance writer and full-time dog mom who enjoys creating content for other pet-parents out there to make sure they have the most up-to-date information on pet ownership and emotional support animals. When not writing and creating content, Cassie enjoys hiking and going to the beach with her rescue pup, Sweeney. Since the 1940s antibiotics have been used to treat an array of bacterial infections seen in humans. However, it was also during this time when veterinarians and researchers began using antibiotics for cats. So, if your feline friend has been prescribed antibiotics, then strap on and prepare to learn everything about cat antibiotics.

Antibiotics Can Treat Different Types of Infections in Our Feline Friends!

In 1928 a man by the name of Alexander Fleming discovered unusual mold growing on his petri dishes. These “dishes” had actually contained colonies of a bacteria known for causing abscesses and sore throats. What Fleming had actually discovered at that time was an unusual and rare strain of Penicillium notatum.

Now, Fleming hadn’t realized that the mold he had discovered would lay the foundation to the discovery and cultivation of antibiotics in medicine.

Now, there is a big difference between the two classes of antibiotics.

An example of bactericidal antibiotics includes your beta-lactams (aka penicillin derivatives). While a bacteriostatic antibiotic can include doxycycline.

Bacteriostatic antibiotics in cats include Gentamicin, Azithromycin, and Oxytetracycline. These types of antibiotics are often used to treat the following infections:

Some commonly used bactericidal antibiotics in cats include Penicillin derivatives, Fluoroquinolones, and Metronidazole. These types of antibiotics are often used to treat the following infections in cats:

Kitten Sneezing? When You See Those Cat Cold Symptoms: It’s Time to See the Vet!

Feline upper respiratory infections are often caused by a range of viral or bacterial infections. More often than not, the causative agents for cat cold symptoms can include:

Cats that are infected with these pathogens will often display cat cold symptoms like:

The 5 Most Common Cat Antibiotics and What They’re For!

In order to prescribe the most appropriate antibiotics for cats, your veterinarian will need to conduct a full physical examination. In addition, some vets may consider doing a culture and sensitivity test to see what type of bacteria may be present in a certain infection.

Some commonly prescribed antibiotics for cats can include:

Some owners may find administering antibiotics simply too difficult. This may be particularly true if you own a crazy cat! Fortunately, Zoetis has been able to manufacture an injectable antibiotic known as Convenia.

Convenia is an antibiotic that falls under the cephalosporin class. It can effectively be used to treat bacterial infections such as skin infections in cats, wounds in cats, as well as abscesses in cats.

Enrofloxacin for cats is a commonly used antibiotic that can provide broad-spectrum protection against bacteria such as E.coli, Salmonella, Mycobacterium, Staphylococci, Brucella, and more!  Enrofloxacin is marketed under the name Baytril and has been used to treat skin, urinary tract, and wound infections in cats.

Depending on the drug concentration, Clindamycin for cats is has been marketed as both bactericidal and bacteriostatic. It is a broad-spectrum antibiotic which can produce notable side effects such as esophagitis, hypersalivation, and bloody diarrhea.

However, the benefits of this antibiotics easily outweigh it’s possible side effects! This is because Clindamycin is an FDA approved drug that has been used to treat cases of deep wounds, dental disease, or even a severe case of toxoplasmosis in cats.

Considered the most commonly used antibiotic in both human and veterinary medicine. Amoxicillin is a penicillin-type antibiotic that is administered to cats suffering from ear infections, UTIs, and upper respiratory infections.

Gentamicin is an injectable antibiotic that is available for cats. Gentamicin antibiotics are bacteriocidal and can be administered intravenously, intramuscularly, or subcutaneously. This class of antibiotics can be used to treat ear infections, wound infections, and bloodstream infections in both cats and dogs.

OTC Antibiotics for Cats? Can You Buy an Over the Counter Antibiotic? Unfortunately, antibiotics for cats are not available for pet owners to purchase over the counter. This is because over the last decade the medical community has been in fear of antibiotic resistance.

But, what is antibiotic resistance? and why should you care?

To put simply, not all bacteria will be killed when antibiotics are taken. Thus, any remaining bacteria that have managed to evade the antibiotics have the potential to change (genetically) in order to protect themselves.

As these bacteria change and reproduce, they pass on these genes to the next generation of bacteria. So, as an end result, we see bacteria that are a lot more resistant to antibiotics.

Now, according to the World Health Organization, this is a big problem!

This is because as more and more bacterial species begin to evade antibiotics, there are less and less antibiotics available to destroy bacteria. As a result, at some point in the next few years, riding a common bacterial infection may become extremely difficult.

So, antibiotics is a global crisis which should not be taken lightly. As such, over the counter antibiotics for cats is not available to people as doctors, veterinarians, and medical researchers need to prevent the overuse and misuse of antibiotics.

What About Natural Antibiotics?

While natural antibiotics do exist, they have primarily been used in medicine focused on human health care. In addition, their efficacy is often quite questionable.

This is primarily because most studies have failed to prove their efficacy and most of the products termed “natural antibiotics” are not potent enough to cause a positive effect.

In regards to our feline friends, there is currently no effective and appropriate natural antibiotic available on the market that can produce a curative effect.

Products such as honey and colloidal silver do have some antiseptic properties, but they are not potent enough to heal bacterial infections.

5 Important Things to Discuss with Your Vet Before Giving Your Cat Antibiotics!

Potential Side Effects to Look Out for!

Antibiotics for cats is truly an innovative medicine that can be very beneficial for cats. However, they aren’t foolproof! Even cats can develop serious side effects to these drugs. So, here are a few potential side effects to antibiotics you need to watch for:

Signs and Symptoms an Overdose or Allergic Reaction

Drugs in high doses can be quite toxic to cats and dogs. When a cat ingests a lethal dose of antibiotics then they may experience the following symptoms:

If your cat experiences any of the symptoms listed above or if you believe your cat may have consumed a high dose of antibiotics, then it is important to consult your nearest emergency veterinarian urgently.

Thank Science for Pet Medication That Can Heal Our Furbabies!

Without antibiotics, the medical world would come to a standstill. Antibiotics are currently the only drugs available to treat bacterial infections in both pets and people.

Without this pet medication, a lot of our furbabies would perish from bacterial infections! So, the next time you’re prescribed an antibiotic, make sure you and your feline friend appreciate every pill!

Common Questions on Antibiotics for Cats

What antibiotics are safe for cats?

What are the side effects of amoxicillin in cats?

Great Pyrenees are the type of dog to stop you in your tracks. Their END_OF_DOCUMENT_TOKEN_TO_BE_REPLACED

Two breeds have infamously topped the most popular breed list in America for years; END_OF_DOCUMENT_TOKEN_TO_BE_REPLACED

Australian Shepherds are consistently one of the most popular breeds in America, especially in END_OF_DOCUMENT_TOKEN_TO_BE_REPLACED