The #1 Guide to Famotidine for Dogs aka Pepcid for Dogs 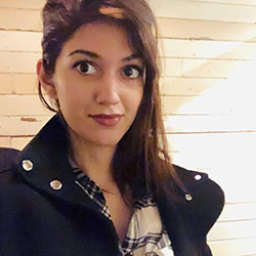 Veterinarian student and animal rights advocate. When I'm not working as a pet journalist, I spend time playing with my pet birds Millie and Albie. Famotidine for dogs is an antacid medication that reduces the production of stomach acid.  It is most commonly prescribed when a dog is suspected of having a gastric ulcer or feels nauseous because of kidney disease.

Famotidine is perhaps better known under the trade name of Pepcid.

What is Famotidine for Dogs?

Famotidine for dogs is a relatively safe medication that is available over the counter. It is the more-sophisticated than its forerunners cimetidine and ranitidine and has fewer side effects.

Although an antacid medication, it works in a different manner to traditional antacids that form a barrier lining over the stomach wall.

Famotidine for dogs and ranitidine both belong to the same family of drugs, the H2-receptor antagonists. However, famotidine wins out in the sophistication stakes and has the advantage of being more potent. It’s also less likely than ranitidine, to interact with other medications

But keep in mind that all drugs have the potential to interact. If your dog is already on treatment, always check with your vet before giving famotidine.

Zantac is to ranitidine, what Pepcid is to famotidine.

Is Pepcid for Dogs the Same as Famotidine?

Yep! That’s right. Famotidine is the drug name and the active ingredient.

The commercially available version of famotidine is manufactured under the name of Pepcid. So when you buy a pack of Pepcid, you are in fact purchasing famotidine.

What About Pepcid AC for Dogs

Both Pepcid and Pepcid AC contain the active ingredient famotidine. Both formulations are used in the same way.

However, Pepcid can contain other additional antacids (for example Pepcid Complete contains calcium carbonate or magnesium hydroxide). Whereas Pepcid AD is famotidine in a chewable tablet form, with the addition of other forms of antacid.

Pepcid products are widely available over the counter at pharmacies. If your vet has recommended a famotidine product for your pet, a good starting point is Pepcid 20mg. An example of how much to give is one 20mg tablet to a 40kg Labrador.

So, What is Famotidine used for in Dogs?

Famotidine for dogs is used to control stomach acid. In people, the condition we most associate with this is heartburn.

In dogs famotidine is prescribed when a gastric ulcer is suspected, the dog is nauseous, or where acid-reflux into the esophagus is suspected.

Health problems which can cause nausea or gastric ulcers include:

How Does Famotidine 20 mg Work?

Famotidine for dogs belongs to a family of drugs called H2-receptor antagonists.  This simply means it inhibits acid secretion in the stomach.

Famotidine for dogs works by blocking the signals to produce stomach acid. It does this by blocking entry to the receptor cells in the stomach lining, which are normally activated by histamine.

This is like putting the wrong key in a door lock. When the keyhole is already occupied, the correct key can’t fit in and therefore doesn’t turn the lock.

How Much Should Max Have? Famotidine Dosage for Dogs

Famotidine for dogs is considered a safe medication, so there is some leeway in the dosage.  The recommended dose is between half to one mg for every kg body weight. Thus a 40-kg Labrador would take one or two famotidine 20mg tablets at a time.

This medication can be given once or twice a day. The vet will recommend an appropriate dosing interval. This depends on what the condition and the severity of the problem.

For example, if the famotidine is to help with appetite, then once a day in the morning is usually sufficient. But if a dog has a severe stomach ulcer, then twice daily is best.

Thinking About Giving Pepcid Instead? Pepcid Side Effects to Watch Out for!

A-ha! Trick question. Pepcid contains famotidine so you are giving one and the same thing.

Happily, Pepcid is largely side-effect free. Other drugs from this family (such as ranitidine or cimetidine) can slow the absorption of other drugs from the stomach. For this reason, many vets recommend separating doses of ant-acids from other meds by an hour or two.

Contraindications! What Dogs Should Stay Away from Famotidine

One reason famotidine is such a popular ant-acid is that it’s largely side-effect free.  Unlike other members of the H2 receptor antagonist family, it has few or any interactions with other drugs. This makes it a good option for dogs that are on multiple medications.

The main issues to be aware of is that dogs with kidney disease require a lower dosage. Since a poorly kidney isn’t as efficient at getting rid of waste products, using a higher dose can cause a famotidine build-up in the body.

Also, some experts argue against long-term (weeks to months) use. This is because famotidine makes the stomach less acidic. In turn, this means certain infectious agents could theoretically pose an increased risk to the stomach lining. However, this is rarely a problem and of no concern for short-term or occasional use.

Famotidine facts in a nutshell.

Common Questions on Famotidine for Dogs

What are the Side Effects of Famotidine in Dogs?

How much Famotidine should I give my Dog?

Is Famotidine Safe for Dogs?

Great Pyrenees are the type of dog to stop you in your tracks. Their END_OF_DOCUMENT_TOKEN_TO_BE_REPLACED

Two breeds have infamously topped the most popular breed list in America for years; END_OF_DOCUMENT_TOKEN_TO_BE_REPLACED

Australian Shepherds are consistently one of the most popular breeds in America, especially in END_OF_DOCUMENT_TOKEN_TO_BE_REPLACED