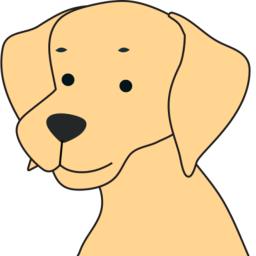 Lily Velez is the Blog Manager for CertaPet, a revolutionary online telehealth platform that improves access to mental health care, with a focus on providing services to individuals who are seeking animal assisted interventions as part of their treatment plan. An expert in the intersection between mental health and the healing bond of animals, she's passionate about educating readers on the benefits of psychiatric service dogs and emotional support animals. While the entire country was focused on the 2020 presidential elections, a small town in Kentucky was busy electing its new mayor.

In this case, there were no human contenders on the ballot. Instead, residents had several dogs, cats, donkeys, and roosters to choose from.

There was a clear favorite: a six-month-old French bulldog puppy named Wilbur. He managed to clinch over 13,000 votes in the most popular election to date. Wilbur will now be inaugurated as the newest mayor of Rabbit Hash, which is part of Boone County, Kentucky. The previous mayor, a brown-and-white pit bull named Brynneth Pawltro, has conceded the race.

This news may sound odd to you, but not to the residents of Rabbit Hash. The town has been electing animal mayors since 1998, when Boone County celebrated its 200th anniversary. Because the town of 426 has never had a human mayor, it decided to fill the void in a unique way.

At first, canine mayors would serve for life. But everything changed in 2016, when the Rabbit Hash General store burned down. Because the historical society needed funds to rebuild it, residents changed the election rules. Now, every four years, voters choose a new mayor, at the same time that they’re choosing the country’s next president.

Each ballot cast costs $1, and non-residents of the small Kentucky town can also vote online. All the proceeds go directly to the Rabbit Hash Historical Society. The organization is in charge of keeping the town in pristine shape and preserving historical sites. This year, it raised a whopping $22,985 from the mayoral election alone.

Bobby Kaiser, president of the Rabbit Hash Historical Society explained to media outlets why the town is so involved in canine politics. He stated it’s a good way of letting go of partisan frustrations in the small town, which mainly votes Republican but has its fair share of Democrats. Moreover, “as far as the community goes, making people laugh is a huge thing for us,” Kayser said.

Wilbur was elated when he learned of his victory. His spokesperson and handler, Amy Noland, says he “rolled over with excitement” when he heard the good news. Now, he has a long four-year term ahead of him as the face of the small community. He will be reporting frequently on his mayoral achievements on his official Facebook page, Mayor Wilbur of Rabbit Hash KY.

The town has also started a tradition of nominating the two runner ups as ambassadors. This year, a beagle named Jack Rabbit and a golden retriever named Poppy came in second and third, respectively. If anything were to happen to Wilbur the Mayor, Rabbit Hash could see a swift and peaceful transition of power.

All in all, the town seems focused on bringing positivity into the news cycle. “I’ve gotten so many messages with people thanking me, and you can tell that this is something that’s really positive for people to hear,” Wilbur’s spokesperson said. “It all just feels good.”

The Healing Power of Animals

It’s no surprise that a town would elect a dog as its mayor and find joy in doing so.

For years, research has shown that animals have an incredible impact on our mental and emotional health.

Beyond easing the stress of the day and helping get your mind off your troubles, companion animals can help improve your sleep and even prolong your life.

If you live with a mental or emotional disability, getting an emotional support animal could especially help you. These loyal animals make your day-to-day more manageable. CertaPet is here to make the process of getting an ESA as easy and accessible as can be. Just take CertaPet’s 5-minute pre-screening test for free. We’ll connect you with a licensed mental health professional who will have a consultation with you. If you qualify, they’ll issue you an emotional support animal letter.

Great Pyrenees are the type of dog to stop you in your tracks. Their END_OF_DOCUMENT_TOKEN_TO_BE_REPLACED

Two breeds have infamously topped the most popular breed list in America for years; END_OF_DOCUMENT_TOKEN_TO_BE_REPLACED

Australian Shepherds are consistently one of the most popular breeds in America, especially in END_OF_DOCUMENT_TOKEN_TO_BE_REPLACED