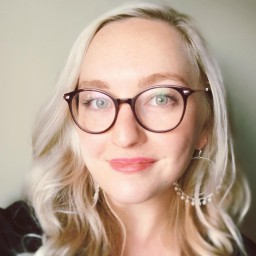 For many dog owners, unfortunately, one of the situations they often find themselves with is a sick dog. Medications, the environment, and other circumstances can cause damage to dogs, which affects their liver, kidneys and their overall lifespan. However, herbal remedies like milk thistle for dogs are often there to rescue dogs from a lifetime of pain and suffering.

Milk thistle is one of these herbal remedies that is becoming more mainstream as studies and veterinarians decide this is a safe way to go!

Ayurvedic Magic! The History of Milk Thistle for Dogs

Milk thistle has been around for centuries, in fact, it has been used for various health issues for the past 2000 years.

It has been over the last decade that milk thistle has been used for animals, specifically dogs and cats. With the popularity that this supplement is having for humans, many people are encouraged by the benefits that this could give their dogs! The active ingredient is silymarin, which is what you will want to look for when going to an animals “apawthecary” to find this supplement for any of your pets. However, be warned that milk thistle aka the silymarin is almost always just used for dogs and cats, not other pets that you may have in your home.

There are several benefits that are being seen with milk thistle for dogs. These benefits include:

Many dogs suffer from kidney disease. This could have been caused by genetic issues, or if the dog suffers from numerous kidney infections due to having diabetes.

There are also several medications given to dogs that can cause damage to the kidneys resulting in kidney disease.

When a dog starts to take milk thistle, the kidneys often start to work better. And in the case of an infection being present, dogs have been shown to take less time to heal when milk thistle is introduced into their diet.  The kidney support seen with milk thistle products is amazing, and this is one reason why many vets are recommending this to their patients.

Many dogs have liver disease and damage that is due to a virus, bacteria or even drugs that the dog may have taken in the past. For dogs with liver problems or damage, they often show signs such as loss of appetite, lethargy, dark urine, pale gums, weight loss that is unexplainable and they may even have a touch of jaundice.

There are certain breeds of dogs that are more commonly affected with this liver disease including Labrador Retrievers, Great Danes, and Dalmatians due to a genetic problem with excreting copper.

Dogs and cats can also be affected by hepatic lipidosis, which is basically fatty liver syndrome, which exhibits a lot of the same signs. The liver health of dogs is of the utmost importance due to the role that the liver plays in the body. Hence, doing whatever you can as a dog owner is a must.

More In-Depth: What Milk Thistle Can Do for Their Liver

How does milk thistle help dogs with liver disease?

It is going to help with preventing further damage to the liver, along with helping to repair the damage that is already present. Milk thistle has antioxidant properties which have amazing healing power.

The powerful antioxidant can protect the liver from free radicals that are going to affect the body in several ways. It can help with bile ducts, has anti-inflammatory effects and is considered an overall liver tonic for any pet that is having these issues.

With the introduction of milk thistle into the dog’s body, the liver can start to heal and remove histamines that may be causing issues.

Toxins are a huge issue for many dogs.

Many dogs are on medications daily to help combat other issues they may be having. And while these medications are helping the dog, when they are taken for long periods of time, the medication can cause liver damage, or it can affect the liver to the point that it is not working properly.

This is what milk thistle can help to prevent.

Milk thistle will simply flush out these toxins, so the dog is not being affected as much as it was before ingesting this herbal remedy. It also helps with Cushing’s disease in dogs, that gives many of the same symptoms as other digestive disorders.

Milk Thistle & Its Many Cures! What Studies and Veterinarians Say… There have been a few clinical trials performed that give hope to those dog owners who are dealing with issues with their dogs that milk thistle helps. For example:

Several studies that have been done in recent years are all finding positive results that are similar to earlier studies. Therefore, many vets are recommending milk thistle seed to their patients.

Depending on which vet a person chooses will depend upon whether they recommend this herbal supplement or not.

Possible Side Effects of Milk Thistle for Dogs

Milk thistle and milk thistle extract are considered a natural remedy often cited as being the “liver tonic” of nature. However, this does not mean that there cannot be side effects for dogs that take it.

The most noted side effect includes an allergic or gastrointestinal issue.

The most noted allergies that happen when taking milk thistle include a headache, rash, insomnia, and malaise in humans and dogs who have been studied.

However, these occurrences were so rare that most health professionals believe this to be an allergy in these cases. The gastrointestinal side effects often mimic a laxative effect. This is why many veterinarians recommend starting with a small dose and working your way up to the total dose for a dog to minimize these side effects.

For dogs who have been diagnosed as diabetic, milk thistle can interfere with the insulin requirements, which is the only real drug interaction that may occur. After talking with a veterinarian, a dog owner can decide on how to proceed with insulin medications.

No one should give their dog milk thistle without reading about the amount that they should be giving! Always be sure to read the label as the dosage is going to depend upon whether this is in liquid or powder format. However, the common instructions are:

It is important to give this mixture throughout the day at equal timeframes for the best benefits for the dog.

A Pawsome Herbal Remedy for Your Pooch!

Overall, the promise that milk thistle for dogs offers is worth dog owners considering. Especially if they are dealing with a dog who is suffering from toxins, kidney damage, liver damage and even diabetes.

Talking with a veterinarian will ensure that interactions and side effects are minimized, and the correct dosage is given for the best liver support for your dog.

What do Vets say about milk thistle for dogs?

Is there milk thistle for dogs side effects?

Why is milk thistle good for dogs?

Can milk thistle for dogs with Cushings be helpful?

What is the milk thistle for dogs dosage?

Great Pyrenees are the type of dog to stop you in your tracks. Their END_OF_DOCUMENT_TOKEN_TO_BE_REPLACED

Two breeds have infamously topped the most popular breed list in America for years; END_OF_DOCUMENT_TOKEN_TO_BE_REPLACED

Australian Shepherds are consistently one of the most popular breeds in America, especially in END_OF_DOCUMENT_TOKEN_TO_BE_REPLACED