King of Toys: The Miniature Pinscher aka The Min Pin Dog The Miniature Pinscher has won the nickname Min Pin and the title of king of toys. It’s one of the most popular toy breeds and makes for a very energetic and fearless companion. But their place hasn’t always been by a human’s side.

Back in Germany, the Miniature Pinscher breed was a vermin hunter, controlling pests in houses and in stables. The German Pinscher has come a long way from hunter to family dog, but they are still as independent-minded, energetic, and elegant as before.

Read on to learn more about the King of Toys!

What is a Min Pin Dog?

A Miniature Pinscher is an elegant and small dog. They’re considered a toy breed but have the fearlessness of a giant. It’s not uncommon for this breed to get into fights and mess with dogs who are three times their size.

In their minds, the Pinscher rules. It’s the small dog syndrome!

But the Miniature Pinscher dog can be caring and affectionate too. When they get comfortable with a family, they’ll protect it passionately. They’re incredibly stubborn and have a lot of energy.

For this reason, they need to be trained and socialized so they don’t think they can run the household as they please.

History of the Pinscher Dog

There’s no doubt that Min Pins are an old breed. Although records can only trace their history to several hundred years back, it is believed that they’re even older than that. Their first home was Germany and their role was to control pests, primarily rats, in stables and in homes.

The Min Pinscher first got the name “Reh Pinscher” because they looked like a small breed of deer that inhabits the German forests. But quickly the name was changed to Miniature Pinscher, Zwergpinscher in German.

In the late 19th century, German breeders formed the Pinscher-Schnauzer club. They developed a breed standard and promoted dog shows where the Min Pin would compete.

Min Pins grew in popularity from 1900 until World War I. Then, after the war, this dog breed was perfected by breeders from Central Europe and from Scandinavian countries.

Is the Mini Pinscher Related to the Mini Doberman Pinscher?

A common misconception is that The Min Pin is the result of breeding smaller and smaller Dobermans. The truth is, these are two breeds completely separated even though they have some similarities. Dobermans have Rottweilers as their main ancestors.

But the Min Pin has the Dachshunds and the Italian Greyhounds as their ancestors.

There’s speculation that they both descend from the German Pinscher, but there’s no evidence to point that way. It seems that the fact that the Doberman and the Min Pin look similar is mere coincidence. 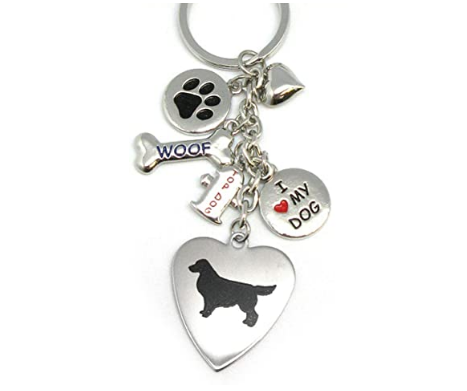 Despite being a small dog breed, the Min Pin has a sturdy and well-balanced body.

Every body part is well-proportionate and looks harmonious. The only exception to this is their ears, which stand tall, pointing to the sky. The tail also set high and is docked in proportion to the dog’s size in most cases.

Their back is either leveled or sloped down to the tailbone. Min Pins have well-sprung ribs and a well-developed fore-chest. The belly is slightly tucked in and gives the dog a charming elegant look.

The front legs are straight and strong and the hind legs are muscled and support the weight of the dog perfectly.

A Min Pin’s coat is short and easy to groom. It can be red, black and tan, black and rust, or chocolate and rust. In any case, the coat is always shiny and the ears are usually covered in black hair.

Miniature Pinschers are called kings of the toys for a reason. You’ll have a hard time finding a dog who is more proud and confident than the Min Pin.

They think they are the best breed on earth and like behaving like kings. Usually, they will only do whatever they please, and not what the owner asks them to.

They’re super energetic. In fact, sometimes it seems as though they’re hooked to a power source. They like to sprint and to jump, which can frustrate owners who weren’t expecting such a lively breed.

They like observing their surroundings and finding escape routes. Because they’re so small, it won’t be difficult for them to run away from a crate or your backyard.

These dogs are also clowns. They like entertaining their family and will do every trick they can think of just to get a laugh out of you. If they’re well socialized and trained, they should make great family dogs. Min Pins are a toy breed, so you can expect them to not grow a lot. On average, a Min Pin is between ten inches to one-foot tall at the shoulder. As far as weight is concerned, they are usually between eight and ten pounds.

Talk about a small dog! 5 Fun Facts You Have to Know About This Dog!

Miniature Doberman Pinschers are always full of surprises. Their small size but their attitude-of-a-giant is one of the things that surprises owners the most. Here are some fun facts you might not already know:

Miniature Pinscher training should be considered a sport for how difficult it is. These dogs are very energetic and have a hard time focusing on one task at a time.

It’s not an impossible task, but it takes an experienced and patient owner who has a lot of perseverance.

They like being independent and disobeying their owners. For them, only a Pinscher can make the rules. If you’re not careful, they’ll become alphas in your household and think they can run the whole show. This is why training is very important for this breed in particular.

If you can’t do it yourself, enroll your pup in an obedience training school.

What other toy breed is famous in America? The Chihuahua!

When you combine these two, you get the best out of both breeds. They’re the dream of any small-dog lover. They’re loving, caring, full of energy, and gracious. They love being clowns and playing with their owners, but they also love being petted.

Health Status! Are These Pups Healthy?

These dogs are prone to developing certain illnesses. The first of which is Legg-Calve-Perthes disease. It happens when there is poor circulation to the head of the femur which leads to it disintegrating.

Instead of fitting snugly with the hip socket, the bone and the muscle around it start to disintegrate. It’s a very painful condition that affects walking and makes dogs start to limp or even avoid moving.

Min Pins may also have to face progressive retinal atrophy (which leads to blindness) and epilepsy. Patellar Luxation is also common among this breed. The kneecap bone and join slide out of place and make walking difficult and painful.

Are you ready to become a Min Pin owner? If so, follow all the pieces of advice given to first-time Miniature Pinscher owners and enjoy your life with your new best friend!

The first thing you need to do is find trustworthy Miniature Pinschers breeders in your area. It’s the only way to guarantee your pup will be healthy and not riddled with genetic disorders. Find a breeder recommended by the Pinscher-Schnauzer club or the American Kennel Club.

If you don’t want to spend hundreds of dollars on a Pinscher pup, you can opt for adoption. Animal shelters all over the country are constantly looking for new owners. Get in touch with some rescue groups to see if they have Min Pins up for adoption. You’ll be giving them a fresh new start! 5 Tips for The Owners of Min Pin Puppies!

As you can tell, it doesn’t get much smaller (or adorable) than the Miniature Pinscher. When trained correctly, they’ll drop the attitude behind and become loving house pets.

If you live in an apartment, the Min Pin might be the right breed for you — just make sure to baby-proof everything before this energetic pet’s arrival!

Where did they come from?

Are they cousins of the Doberman dog breed?

How do I train one?

What health issues do they have?

There is a lot of uncertainty surrounding travel these days. With new coronavirus cases END_OF_DOCUMENT_TOKEN_TO_BE_REPLACED

By now, many of us know all about CBD and its benefits. CBD products END_OF_DOCUMENT_TOKEN_TO_BE_REPLACED