King of the Toy Breeds: The Pomeranian Dog!

A Pomeranian is bright, cute and full of attitude! These feisty little pups are a true case of dynamite coming in small packages. Quite the little all-rounder as far as toy breeds are concerned. They love the outdoors and seeing the world. While at the same time, they are happy curling up on your lap for a binge sesh of Grey’s Anatomy!

A Spitz from Pomerania: A Brief History of Poms

The Toy Pom is a descendant of the Nordic Spitz hounds so named because of their pointy noses. Although the breed originates from the Northern countries, it is named for the region, Pomerania (now a part of West Germany).

It was in the Pomerania region where the Pomeranian breed was developed to the small size version of the powerful sled-dogs that we know today.

The Appearance of the Adorable PomPom!

Classified as a toy breed, the Pom stands approximately 6-7 inches tall (measured at the withers) and weighs in at between 3 and 7 pounds.

The most popular shade is red or orange, but our foxy little friends come in all the colors of the rainbow. Other distinctive characteristics are the thick, double-layer coat; the princely, ruff collar and the feathery tail which lies flat on the back.

And of course: those almond shaped eyes!

Teacup Poms, Pocket Poms or Teddy Bear Pomeranians are not a distinctive breed, but rather a sub-category of the breed of Pomeranian dogs.

The term refers to the most petite of these pups, weighing 7 lb or less. These pint-sized puppers are ideal for apartment or condo dwelling!

From White Pomeranian to Blue, Black, and More!

The red and orange colors most prevalent amongst Poms today are thanks to Queen Victoria. Pocket Poms come in all the colors of the rainbow though. You could get a one to match each handbag that you own!

Although this is one of the most popular colors of this breed, it is also one of the rarest! As the name states, the black Pomeranian has a coat that is black from nose to tail.

Pure white Poms have black skin and dark eyes with the contrasting ice white fur. Because there are so many different colors in the breed’s bloodlines, it is quite hard to come by a pure white Pomeranian.

Specialist breeders must breed for up to 5 generations to create truly white pups.

What sets these special teacup doggos apart is their blue skin. Like their black-coated buddies, they have black fur, but a distinctly blue hue to their skin and eyes.

They might even come across as looking metallic in the sunshine!

This is an extremely rare color.

The ‘Merle’ refers to a splattering effect of color on the dog’s coat. It literally looks as if someone flicked a paintbrush over the puppy!

The splattering can even extend to the pigmentation of the teeny nose and paws. A Blue Merle Pom will look almost black (steel grey or blue-grey) with speckles of white across a portion or the whole body.

A doglet with a Facebook page and no fewer than 16 million fans.

This self-proclaimed “World’s Cutest Dog” has a meticulous coiffure and a book deal. Boo has taken the canine and internet world by storm!

Boo the Pomeranian Shows the World How to Pom!

Join the other 16 mill and counting Boo Facebook page followers to get your cuteness cup overflowing. With his perfect, short-cut hairstyle, Boo poses for pics on his own or with his canine buddies and shows us all that it really is “A dog’s life”!

Hair Alert! Do These Doggos Shed?

Seasonal shedding of their entire coat occurs once or twice a year. Because of their thick, double layered coat, it is recommended to groom your doglet twice a week. This should prevent dog hair from coming off on your clothes and furniture.

Do you want the beauty of a Husky dog with the pocket size of a Pom?

Or the devotion of a chihuahua with the intellect of a Pomeranian?

Designer dogs; quite literally, are a dog for every situation.

The Pomsky is a mix breed. A cross between a Pomeranian and a Siberian Husky.

These pocket-size sled dogs have plenty of confidence and are extremely intelligent. They are energetic and require plenty of intellectual as well as physical stimulation.

Grooming one of these pups might become like a part-time job as they have a dense coat of long hairs.

This sweet and loving small dog is a combination of a Pomeranian and a Chihuahua.

Most Pomchis will have the rounder head and wider set eyes of the Chihuahua. As far as personality traits are concerned, it is anybody’s guess as to how your Pomchi will turn out.

These handbag hounds come in as many colors as the original Pomeranian, but light brown is the most common.

Due to the technical difficulties in breeding these two differently sized breeds, German Shepherd Pomeranian mixes are not prevalent, and most will only occur via artificial insemination. Because there are so few, there is very little information about their temperaments, health, and longevity.

Full of Spunk with a Dash of Ditzy: Temperament and Personality

Pomeranians are generally very pleasant dogs with a lively and outgoing disposition. They love to socialize and are loyal to their owners. As is typical of several small breeds, PomPoms often forget how small they are.

They will stand their ground, even if it is a Rottweiler getting in their way!

A negative aspect of Poms is that they are quite noisy. Especially, if they are left on their own for long periods of time. They also suffer from separation anxiety.

Be sure to train your pup from an early age about acceptable noise levels and length of barking spells.

What is Their Lifespan?

Due to their diminutive size, Toy Poms have a life span somewhat longer than their larger counterparts. Anything from 13 – 15 years. If well cared for and fed a nutritious diet, they can even live up to 20 years of age.

3 Facts You Didn’t Know About These Pom Pom Dogs

2. Pomeranians are descendants of the sled-pulling dogs of the Arctic.

3. Two of the three dogs that survived the sinking of the Titanic were PomPoms!

Pomeranian Puppies for Sale Near Me!

If you have decided that these cutesie canines are a perfect match for you, it is time to start looking for your new best bud!

You could choose to re-home a Pom from your local animal welfare or keep your eye on the classifieds for new litters of pint-sized prettiness.

Pomeranian Breeders Near Me!

Check out the American Kennel Club (AKC) website for AKC-Registered breeders and litters. A

sk your local vet whether they know of any Pomeranian breeders in the area and keep an eye out on the community pages in your local news publications.

There are several factors that determine the price of a pocket puppy.

Coat color, breed integrity, size etc. A Pomeranian puppy can set you back a cool $ 4000. The average cost for one of these adorable handbag accessories is between $ 600 and $ 1500.

Pomeranians are a much-loved dog breed. There are numerous support and rescue groups. Try to re-home a new BFF from one of these institutions before looking for a puppy.

How Easy is it to Train a Pom?

What are Health Problems Prevalent in Pomeranians?

How Much Exercise Should I Give My Teacup Pup? 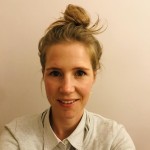 Devoted pet owner and freelance pet health writer. Writing helpful pet info articles so that pet parents can give their furry friends the life that they deserve.