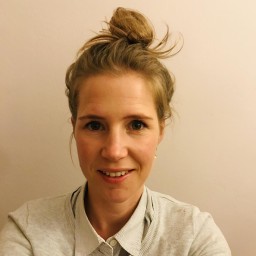 Devoted pet owner and freelance pet health writer. Writing helpful pet info articles so that pet parents can give their furry friends the life that they deserve.

Trazodone for dogs can be used to help treat behavioral issues in our canine friends. Behavioral problems are amongst the leading causes of euthanasia of dogs. This is especially true if the unwanted behavior is dangerous or aggressive.

The correct training can go a long way in dealing with some of these issues. When that isn’t enough, medicating the dog to reduce aggression and anxiety could be a fantastic solution.

Trazadone is a prescription drug for humans. Used mostly as an antidepressant. It affects the serotonin receptors to limit serotonin re-uptake. The effects of Trazodone are also useful to treat insomnia, fibromyalgia, Alzheimer’s, etc.

It does wonders to help doggos with anxiety disorders such as separation anxiety and noise phobias.

What is Trazodone: The Trazodone Drug Class

Trazodone is an antidepressant. It falls into the class of drugs called serotonin antagonist reuptake inhibitors (SARIs). Other drugs in this class include Phenylpiperazine, lorpiprazole, etoperidone, and mepiprazole. These drugs work by binding to serotonin receptors at the nerve synapse. Here they prevent the reuptake of serotonin.

This means that there is more serotonin circulating for a longer time. Serotonin is one of the ‘happy hormones’. This neurotransmitter contributes to feelings of well-being and happiness. So, in short, we want more of this floating around in our bodies!!

Trazodone is a triazolopyridine. The efficacy of trazodone in treating major depressive disorders compares to that of other drug classes. These include the tricyclic antidepressants (TCAs), the selective serotonin reuptake inhibitors (SSRIs) and the serotonin-norepinephrine receptor inhibitors (SNRIs).

Trazodone is the generic name for this drug. It is also its international nonproprietary name (INN). Trazodone hydrochloride or Trazodone HCl is its the United States adopted name (USAN). Trazodone has been marketed and sold under a host of different names worldwide. For example, Desyrel (original), Oleptro, Trazorel, Molipaxin, and Trittico. People Take It All the Time! But Trazodone for Dogs?

Trazodone is only approved by the FDA for human use. Yet, a veterinarian can prescribe Trazodone for cats or dogs. Trazodone for dogs can be used to treat anxiety and behavioral issues in dogs who need some help.

Benefits! Trazodone for Anxiety in Dogs

As an anxiety treatment for dogs, trazodone is very effective! This SARI affects how messages are sent to brain cells and inhibit activity at specific serotonin receptor sites.

For the treatment of anxiety, Trazadone can be given daily or as a once-off treatment. If your dog only displays nervous behavior for a specific trigger, e.g. fireworks, or if your dog has thunderstorm phobia, give Trazodone on an as-needed basis.

Trazodone for Sleep: Does it Help Doggos with Insomnia?

Trazodone is a serotonin modulator, affecting the neurotransmitter serotonin. It also affects other chemical messengers in the brain, such as dopamine and norepinephrine. This means that consuming Trazadone will have effects on more than the serotonin pathways in your body.

Low doses of Trazodone can help for insomnia by eliciting a sedative effect. This is due to the action of the drug on some of the receptors of neurotransmitters in the brain. Namely the serotonin receptors (5-HT-2A), the histamine receptors (H1), and the noradrenalin receptors (alpha-1-adrenergic).

Trazodone 50 mg? Trazodone 100 mg? What is the Safe Trazodone Dosage for Dogs?

The general rule of thumb with Trazodone dosage for dogs is 2.5 mg per pound per day. For example, a dog weighing 55 pounds would need 140 mg per day. However, veterinarians will usually start an animal on the lowest possible dose of trazodone.

If side effects are minimal, the dose can be slowly and steadily increased until you achieve the optimal dosage.

Trazodone Side Effects to Look Out For!

Some of the side effects that you can look out for are:

Most side effects will lessen over time. Most vets recommend waiting a few days before deciding about amending dosage or ceasing administration.

The most serious possible side effect of Trazodone use is serotonin syndrome. This reaction occurs because of serotonin levels in the brain getting too high. Signs of serotonin syndrome include: tremors, shivering, increased heart rate, dilated pupils, raised blood pressure, and breathing difficulty.

Trazodone can interact with other drugs and cause adverse reactions in your dog. Please let your vet know of any other medication that your pupper might be on before commencing with a trazodone regime. What to Do if Your Dog Has a Trazodone Overdose

The first thing to do in the case of a Trazodone overdose is to contact your veterinarian. By the time that clinical signs of overdose are visible, it is usually too late to attempt emesis or to administer activated charcoal. Most veterinarians will recommend IV fluids to flush the system and deal with the Trazodone toxicosis.

Are you not convinced that Trazodone is the answer to your pet’s behavioral issues? Prefer a more natural product?

Pet products containing CBD oil are taking the world by storm. And with good reason!

CBD is known to have many health benefits! It can promote relaxation, help with occasional stiffness and discomfort, provide antioxidant support, promote cellular health, assist the immune system, and more!

Honest Paws Calming Soft Chews in particular are a great way to help your dog maintain a relaxed disposition! The chews contain pure CBD extract along with L-Theanine and Tryptophan, two all-natural ingredients that help with promoting calmness. Plus, CBD is derived from nature (from the hemp plant in particular), so you don’t have to worry about any nasty side effects.

When In Doubt, Take the Safe Option for Fido!

With these CBD oil treats for dogs, you won’t have to worry about any unpleasant side-effects. The ingredients are all natural and have heaps of health benefits for your furry friend. Whether it is as a supplement you add to your hound’s meal or as a fun, chewy treat, you will find the right thing to help ease your pooch’s stress and anxiety!

Border Collies are one of the most popular breeds around. In fact, they are END_OF_DOCUMENT_TOKEN_TO_BE_REPLACED

The Siberian Husky has long been one of America’s favorite dog breeds. Huskies have END_OF_DOCUMENT_TOKEN_TO_BE_REPLACED