Why is Chocolate Bad for Dogs? Here’s Why! 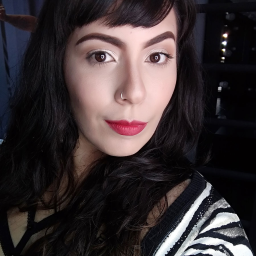 Freelance Writer with a passion for pink noses and eye shadow. When they are not busy napping or playing catch, Amelia and Frida, my two furry rescued stray babies, give me specialized advice and inspiration to write each one of these articles. Have you ever asked yourself: why is chocolate bad for dogs? It’s probably safe to assume that most people love it! It’s flavorful, has been enjoyed by ancient Mesoamerican cultures since time immemorial, and it’s feasted upon on Valentine’s Day as a seemingly benign treat for humans… However, can it can life-threatening for our beloved furry pets!

Why is Chocolate Bad for Dogs?

What a cruel joke Mother Nature played on man’s best friend! Making chocolate dangerous for dogs is a tragedy. Why is chocolate bad for dogs and not for humans? Simple: chocolate contains two different kinds of stimulants that affect humans in a way which is very different from the way they affect dogs.

Why is Chocolate Bad for Dogs: Breaking Down the Nutrients

Have you ever noticed how sometimes, eating chocolate will give you a small boost of energy? Even make you a bit happier? Well, it isn’t just the delicious taste of chocolate (though that does play a part), but something hidden inside it, at a molecular level, is very beneficial for humans and extremely dangerous, potentially deadly for our dogs.

We’re talking about the stimulants caffeine and theobromine.

The Reason Dogs and Chocolate Do Not Mix: Theobromine

Chocolate contains a compound called theobromine and another called caffeine, which is the stimulant found in coffee and tea that helps us get through a long day at the office with relative ease… That is, of course, unless you consume it in excess, in which case it can cause diarrhea, insomnia, and tachycardia (abnormally elevated heart rate).

But, theobromine is also a stimulant, and while studies have linked a moderate dose of this compound to a slew of health benefits in humans, including lower blood pressure and anti-inflammatory properties, in dogs, it just isn’t the same. No, theobromine is to dogs as arsenic is to humans: poison.

Though this isn’t chemistry class, it’s important to know that theobromine and caffeine are dangerous for dogs. These stimulating compounds are sometimes used medicinally in humans as diuretics, heart stimulants, and a blood vessel dilator. However, these effects are amplified in dogs because of their increased sensitivity to both these stimulants. Their little hearts just can’t take it!

What Happens if a Dog Eats Chocolate?

Theobromine poisoning is a potentially life-threatening condition that can afflict your pup if he/she ingests chocolate. It also depends on what type of chocolate your dog eats. Theobromine can be found in higher concentration in darker chocolates, so a good rule of thumb is: Why Can’t Dogs Eat Chocolate While Humans Can?

Another one of Mother Nature’s cruel ironies. We human beings have the ability to metabolize theobromine a lot quicker than dogs can (lucky us!)… You may be surprised to find out that theobromine is actually potentially harmful to humans as well!

But, before you swear an oath of abstinence from chocolate for the rest of your life, know that you’d have to ingest an obscene amount of very dark chocolate or cocoa bark to even approach a lethal dose, so rest easy! The fact is, that humans can (and do) metabolize theobromine.

Okay, so we’ve made the fact, that theobromine is dangerous for your pup, abundantly clear. What about other ingredients that some chocolate products have? Can my dog eat sugar-free chocolate? Is there a chocolate snack that I can safely feed my dog?

As we mentioned before, theobromine concentration depends on the amount of cocoa in the chocolate in question. Therefore, the darker the chocolate, the more dangerous it is for dogs due to its elevated cocoa concentration evidenced by its bitterness and characteristic color.

That being said, white chocolate actually doesn’t contain any chocolate solids (like cocoa powder), and is therefore not even considered “real chocolate!”. Mind blown? Still, don’t go and feed Fido and Sparky a bunch of white chocolate, though…

Although the content of theobromine in white chocolate is negligible, it’s still potentially dangerous because of the amount of sugar and fat it contains. A diet that is too high in fat and sugar can put our dogs at risk for conditions like pancreatitis, which is extremely painful for dogs and owners alike. Is Chocolate Bad for Dogs Even if it is “Dog Chocolate”?

There are alternative doggy treats that emulate the taste of chocolate without any of the harmful consequences. The Carob plant, for example, has a naturally sweet flavor and even tastes like chocolate! Best of all: it has no theobromine or caffeine! So your doggie can eat carob treats to their heart’s content.

Now, let’s face the grizzly facts: chocolate can kill your dog. As we’ve been exploring in this article, there are several ingredients that make chocolate dangerous for your dog. First and foremost, there’s the theobromine, which is the most dangerous compound in chocolate for your dog.

Nevertheless, caffeine is a close second deadly stimulant compound for dogs. Then there’s the sugar, which is bad for your dog because of the risk for liver and kidney disease, and if your dog happens to get into your diet chocolate stash… Well, a trip to the vet is in your IMMEDIATE future. Don’t hesitate! Act!

How Much Chocolate will Kill a Dog?

By now we know “why is chocolate bad for dogs”. But we also need to ask “how much is too bad?” It’s much better to be safe than sorry, but let’s say your dog got into your stash of cocoa treats. Assuming you’ve already called your vet, at this point you just want to know how much chocolate is “too much” for your beloved pet.

It depends on many factors: the dog’s weight, the type of chocolate they ate, the amount, and the concentration of cocoa in the treat.

Observe your dog. If some time passes and they haven’t developed any scary symptoms… You two may have lucked out. Maybe they didn’t eat that much, after all! Still, it’s probably a good idea to get them checked out as soon as you can to prevent any future complications.

Safety First: Lots of Dogs Get Into Their Human’s Stash!

If you’re researching “why is chocolate bad for dogs”, chances are you suspect your dog of having gotten its furry paws on your choco-stash… Or that you’re scared they ever will. To prevent your dog from ever eating your chocolate, make sure you keep it somewhere they’re not likely to get to. Keep it in your pantry, in your fridge, or on top of the fridge.

How Much Chocolate Can a Dog Eat Before it Gets Dangerous?

As mentioned before, it doesn’t just depend on the amount of chocolate, but on the type of chocolate your dog sniffed out and munched on. The right question to ask here would be: “How much theobromine can a dog eat before it gets dangerous?”  Actually, the scientific community has a quantitative answer to that.

What to do? If your dog ate some of your chocolate, check the concentration of cocoa in the chocolate your dog ate. Then check how much chocolate they ate. At this point, and we can’t stress this enough, you should be taking your dog to the vet. In case you can’t, don’t panic! There is hope yet.

Bad Dog! My Dog Ate Chocolate! What to do If Your Dog Eats Chocolate

Call your vet! Immediately! The life of your pup may depend on it. If your vet isn’t available or if you can’t reach them, call Animal Poison Control at (888) 426-4435, and they will give you further instructions. They may suggest a number of tips for inducing vomiting, which will help get the toxins out of their system.

What to Do if a Dog Eats Chocolate: Symptoms of Toxicity in Dogs

Don’t panic! Your dog might sense it and also get frightened. What you must do is observe your pet closely. It’s likely that, soon after ingesting the chocolate, your dog has some gastrointestinal issues: diarrhea, drooling, gas. All these symptoms are indicative of theobromine poisoning.

Some of the symptoms include:

In the most severe cases:

If your dog shows any of these symptoms after consuming any amount of chocolate, contact Animal Poison Control IMMEDIATELY.

WARNING: If your dog’s poop or gases smell like chocolate, it is likely that he/she is suffering from chocolate poisoning.

Also: When in doubt whether your dog ate something toxic to dogs, (and you’re stuck in the middle of nowhere without a phone or access to a vet) give them some activated charcoal! It’s One of the Worst Things to Feed a Dog! Chocolate and Dogs Do Not Go Well Together!

We trust that after reading this article, you have taken the information to heart. Consider this a stern warning: in 2007, a total of 17,000 cases of theobromine poisoning were reported in the United States alone. Don’t let your precious pal become a statistic. Be a responsible pet papa and protect your doggo as it would protect you.

Common Questions on Why is Chocolate Bad for Dogs

How can I induce vomiting in my dog?

What are some good places to hide chocolate from dogs and cats?

Can dogs get chocolate poisoning from carob doggie treats?

Why is chocolate bad for dog but bad for umans?

Great Pyrenees are the type of dog to stop you in your tracks. Their END_OF_DOCUMENT_TOKEN_TO_BE_REPLACED

Two breeds have infamously topped the most popular breed list in America for years; END_OF_DOCUMENT_TOKEN_TO_BE_REPLACED

Australian Shepherds are consistently one of the most popular breeds in America, especially in END_OF_DOCUMENT_TOKEN_TO_BE_REPLACED