Its never been more important to protect your home and property from intruders. Statistics show that home break-ins and property crimes are increasing at an alarming rate. In the United States, a home burglary takes place every 12 to 15 seconds; but what can we do to protect ourselves? Enter: The 25 Best Guard Dog Breeds!

Conventional alarm systems are a common approach, but another, possibly better solution is to adopt a guard dog.

Many people already know that best guard dogs will do their very best to protect the ones that they love and have bonded with, but which ones will provide the most reliable defense, keeping your family and your possessions safe?

The Fila Brasileiro breed tends to be very wary of strangers, which, when coupled with their enormous size, automatically makes them a fantastic guard dog. However, they do come with one caveat; they can be quite stubborn and difficult to train.

This usually isn’t an issue if you are experienced with training dogs, and are comfortable with being firm, but fair, in disciplining them. Fila Brasileiros develop strong bonds with their owners, so once properly trained, they’ll be a loyal guard dog for all of their days.

A Great Dane may look scary, especially at their staggeringly tall height, but these top guard dogs are actually known for being gentle giants.

Great Danes are fantastic with family and children and are highly unlikely to mistake a friend of the family for a potentially dangerous intruder. If an intruder does come along, though, coming face to face with this breed is sure to make any burglar tuck tail and run.

This breed, with its beautifully fluffy fur coat, has some very strong characteristics that make it among the best guard dogs out there.

With a temperament that combines alertness, familial devotion, and loyalty, they are sure to be a family favorite in addition to their duties of protecting the home. Akitas are also highly intelligent, which means they are relatively easy to train.

This breed is among the best protection dogs today. They are fearless and confident and are the preferred breed for law enforcement. German Shepherds are very loyal, and don’t go through a rebellious streak like some of the other dogs on this list.

They form very strong bonds with their owners and will defend them to the bitter end.

Another name for this excellent guard dog is the Caucasian Ovcharka. This particular breed is gigantic, strong, and touts a beautiful coat. Considering that they were originally used to hunt bears, the intimidation factor alone is enough to scare away any would-be trespasser.

With a stalwart appearance, the boxer can deter most criminals from trespassing on your property. They’re loyal, intelligent, and alert, and thus are fairly easy to train. They’re also very good with children, so aside from being one of the best protection dogs, they make a great family pet as well.

The Rhodesian Ridgeback is has a bit of a statuesque stance, and is stalwart in appearance. They were used by African farmers to hunt lions and various large prey. If a dog is fit enough to take on a lion, you can be sure that they’re one of the top guard dogs that won’t be afraid to take on a human intruder.

With its common nickname, the “Swissy”, you may think that this dog is just a big old lovable cuddler, and in a family environment, you would be right. That aside, their size and power make them one of the better intruder-deterrents that you could have for your home. Just be sure to not work them too hard in warm climates.

The Komondor is an odd-looking dog, with very unusual “deadlock” style fur. They were originally used by the Hungarians as a working dog for nearly 10 centuries, so they, as a breed, are quite accustomed to performing given tasks.

They’re friendly with the family, but very wary of strangers, making them among the best protection dogs for your home.

Bred in Norway some 800 years ago, the Norwegian Elkhound is a very energetic and hearty dog. Don’t let their medium size fool you, because similar to the Caucasian Shepherd, this breed was used to hunt wild bears. They’re very people-oriented, but they are very energetic and will require a space to romp around throughout the day.

This breed has several names, the other of which are the Thracian Mollos and Karakachan. They hail from Bulgaria, and were originally used to guard livestock from thieves and wild animals. They’re a very popular breed within the United States and are still used to this day in Bulgaria.

The term “giant” is definitely suitable since they are about the same size as a miniature pony, which is large enough for a child to ride upon. They’re very powerful, but also very energetic and require a lot of physical and mental stimulation, but they’re extremely loyal dogs and will protect you at all cost making them one of the top guard dogs today.

The Great Pyrenees has a very cute and fluffy appearance, and are very devoted to their family. As such, they will keep a vigilant watch over the ones they love.

This breed was originally bred to defend sheep from bears and wolves, so you better believe that they’re known for being one of the best guard dog breeds that can hold their own versus an intruder.

This breed tends to form extremely strong bonds with not only its owner but also any possessions that belong to it or the owner. The Central Asian Shepherd Dog has been, in the past, called a “cat in a dog’s clothing”, mostly due to how agile they are, even despite their size.

They’ll have no trouble chasing a would-be thief out of the home or yard.

This Italian watchdog breed has been used to hunt boar and guard the farm for hundreds of years. The Cane Corso, with its high intelligence, is a relatively easy-to-train dog. They tend to be very affectionate towards their family and form close bonds with children, making them an excellent family guard dog.

Just make sure you have a very spacious yard and allow them to get plenty of exercise.

This is yet another sheep-protector that was tasked with guarding against vicious wild predators, but because of that, the Bucovina Shepherd makes for one outstanding guard dog.

Hailing from the extreme climates of the Carpathian Mountains of Romania, they’re more than accustomed to a chill, so if you live in an area that gets cold in the winter, this breed is a great choice to guard your home.

The Beauceron is a multi-talented breed, taking on roles such as herding cattle, hunting wild boar, and guarding homes. Law enforcement worldwide have even adopted this breed for professional use, and they were used to detect mines in World War II by the French Army.

They’re at their happiest when given a job to perform, and are well accustomed to keeping property safe from intrusion.

This breed was bred in South Africa for one purpose: to protect homesteads from intruders and thieves, so it is safe to say that the Boerboel is quite fit for the job of a guard dog.

The Boerboel is confident and fearless but does require consistent training to keep them in line, since they can be a bit stubborn and independent at times. They’re actually so good at guarding what they perceive as belonging to them that they should be watched at all times around strangers, as they may mistake a new friend for a would-be trespasser.

The Kuvasz has origins that date back some 2,000 years, making it one of the oldest dog and best guard dog breeds.

They have beautiful fur coats that are plus to the touch, and they can be friendly with children, but be wary of this breed around strangers, because like the Boerboel, they are prone to attack people and other animals that they’re unfamiliar with.

They can make an excellent pet for the household, though, just as long as you keep them happy and don’t show aggression towards them.

Rottweilers, if not properly trained from a young age, can be a very dangerous breed. If they aren’t socialized enough to get used to the company of others, they will try to dominate any nearby person or animal, usually in the form of a very strong bite.

With that in mind, though, if they are loved as a pup, the chances are that they’ll grow to be very loyal and friendly pets, and they’ll make best guard dogs for your home. Many people already know how aggressive they can be, so intruders will tend to flee the scene when they see that you have a Rottweiler on guard.

The Doberman Pinscher is well known as one of the best guard dogs available. With a muscular appearance, they are an intimidating foe to come toe to toe with. Not only are they fast, but their attack is quite powerful, enough to bring a grown man to the ground.

This is among the best watchdog breeds that are highly intelligent, which makes them easy to train, and they’re very obedient once they’ve bonded with their owner.

Pit Bulls are well known throughout the United States for being quite aggressive when not properly trained, and some apartment complexes have banned them from being on the premises. This bad reputation mostly stems from the days of dogfighting, when this breed was most commonly “pitted” against other dogs in combat.

Despite this reputation, though, they are actually good-natured when well-loved, but can strike fear in the hearts of anyone thinking of coming onto your property uninvited.

Keep in mind, though, that they can be quite stubborn, so they can be tough to train for inexperienced dog owners.

With a similar appearance to the Pit Bull, this breed is actually a mix between the Bulldog and a Terrier. The American Staffordshire Terrier is an extremely tough dog with a muscular build and very territorial, protective nature, making them a nearly perfect guard dog.

It is wise to train and socialize them from a young age to calm their aggressive tendencies, though, but when properly loved, they will make for an exceptionally loyal family protector.

The Moscow Watchdog breed is a mix between the Caucasian Shepherd and Saint Bernard, usually keeping most of the appearance of the latter.

This breed is gigantic and extremely powerful, but also loyal and friendly to those that it become accustomed to. Despite their size, they are very agile, giving them the ability to chase intruders off of the property with ease.

Be mindful, though, that they do require a lot of exercise to stay happy, and it is not recommended as an apartment pet. However, if you have a spacious yard that needs protecting, this is the breed of choice. 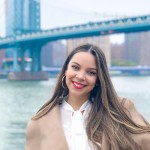 Caring pet owner working as Lead Editor to inform and help other pet parents get all the furry-friend-related-info they need.