Antibiotics 101: A Guide to Doxycycline for Dogs 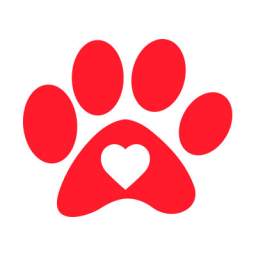 Doxycycline for dogs is an antibiotic from the tetracyclines family. The original members of this broad-spectrum antibiotic group include tetracycline and oxytetracycline. Doxycycline, however, is a more modern drug with fewer side effects and a higher safety margin.

These features tend to make doxycycline the medication of choice when a tetracycline antibiotic is indicated.

For Bacterial Infection in Dogs: What is Doxycycline for Dogs?

Doxycycline for dogs is a drug effective at fighting a range of infectious agents, for example:

It is what’s known as a bacteriostatic antibiotic. This means that it stops the bacteria from reproducing, rather than kills bacteria outright. This may seem an academic point, but it has important implications for treatment.

Prior treatment with a bacteriostat antibiotic such as doxycycline, can reduce the effectiveness of other antibiotics should they be needed. Therefore, your veterinarian will want to be certain that doxycycline is the right medication for the job and the bacterial infection will respond.

What About Doxycycline Hyclate? Doxycycline Hyclate is a subset of this group of antibiotics. The hyclate part refers to the part of the molecule which is of lesser importance. The main impact it has is that the hyclate salt makes doxycycline soluble in water.

This makes it a good medication with which to treat avian infections. Thus, for birds where doxycycline is often added to the flock’s drinking water, the hyclate form is a good choice.

Since doxycycline for dogs is water soluble, it’s main use is medicating poultry. Some of the most common poultry infections are with mycoplasmas and chlamydia, against which this antibiotic is effective.

Drinking water medicated with an antibiotic is, therefore, an easy way to treat large numbers of birds at one.

The alternative salt, oral doxycycline monohydrate is slightly less acidic and is less water soluble. This makes it a good formulation for an oral tablet that is well tolerated by the gut.

Originally monohydrate was more expensive to manufacture, which reduced its use because of the price. But modern manufacturing techniques have reduced the cost, leading to a rise in its popularity.

Another useful thing about doxycycline is that it isn’t processed through the kidneys. This is helpful when dogs or cats have kidney problems, as it gives the organ less work to get rid of its waste products.

If your pet acquires a tick-borne infection, the medication most likely to be prescribed in doxycycline monohydrate. Conditions such as Lyme disease (caused by Borrelia spread through tick bites), Ehrlichia canis or Rocky Mountain spotted fever, usually respond well to treatment with doxycycline.

Doxycycline is often the treatment of choice for certain respiratory infections, such as kennel cough. However, doxycycline treatment is not effective against all bacterial infections and is generally a poor choice for treating urinary tract infections.

Another use for doxycycline is to treat dogs infected with heartworm. Doxycycline doesn’t kill heartworms or larvae, but it is effective against a harmful bacteria they often carry. Part of heartworm treatment involves killing the larvae with ivermectin based mediations.  However, as the worms die they release a bacteria, Wolbachia, into the bloodstream.

Wolbachia can be dangerous and produce a form of septicemia or blood poisoning. Alongside pharmaceuticals to control the heartworm, a course of doxycycline helps control the Wolbachia and reduce the risks linked to this complication.

A further use of doxycycline is to correct an imbalance of bacteria in the gut. If a dog has prolonged diarrhea, they may empty out the helpful bacteria which aid digestion. This can allow an overgrowth of ‘bad’ bacteria which get in the way of digesting food and perpetuate the stomach upset.

A three to four-week course of doxycycline can eliminate this bacterial overgrowth and restore balance to the gut.

Before prescribing doxycycline the veterinarian needs to be fully aware of any other medications the pet is taking. This is because the tetracycline antibiotics are easily interred with and may not work effectively in the presence of other medications.

For example, common antacid preparations which may be given for heartburn can stop the absorption of doxycycline. This means the tablet doesn’t cross the stomach wall into the bloodstream and is rendered less effective.

Thus any product that is an antacid or designed to protect the gut lining, should never be given at the same time. If the former medication is essential, such as a pet with a stomach ulcer, then give the doxycycline first. Wait at least an hour for it to be absorbed into the bloodstream, and then give the antacid.

Similarly, calcium or iron can interfere with the action of doxycycline and render it less effective. Both of these minerals attach to the antibiotics and stop it working. This means avoiding milk or dairy products whilst the dog is on medication, especially long-term medication, so the drug is allowed to work properly. In terms of pharmaceuticals, the anti-seizure medication phenobarbitone will reduce the effectiveness of tetracyclines. Therefore if an epileptic dog acquires Lyme disease, the veterinarian may prescribe a different antibiotic, usually ampicillin.

Can Doxy be Toxic?

All medications, antibiotics included, can have the potential for side effects. Happily, doxycycline is considered to have a high safety margin. All but the most extreme overdoses are unlikely to have major consequences.

In part, this is due to the unique metabolism of the tetracyclines. Since it is excreted in the feces, rather than the kidneys, it doesn’t have a damaging effect on the kidneys. However, in animals with liver disease, the dose should be reduced.

On a slightly different note, tetracyclines are best avoided in pregnant pets or in puppies or kittens. This is because doxycycline carries a slight risk of causing birth deformities in the very young fetus. This risk is much lower in the second half of pregnancy.

Also, tetracyclines can cause discoloration of tooth enamel in developing. Hence using this antibiotic in young dogs and cats could lead to yellowing of their adult teeth when they have erupted through the gum.

Lastly, it’s a good idea to avoid ‘dry pilling’ pilling with doxycycline. Dry pilling is the practice of giving a tablet without food or water. There is a slight risk if the tablet lodges in the esophagus (gullet) that it could cause an ulcer. This is easily prevented by offering the pet a drink of water or syringing some water into the mouth, immediately after giving the pill.

So why doesn’t the vet inject the pet with doxycycline? Unfortunately, the injectable forms have a reputation for stinging when given by injection. The veterinarian may get away with giving a single injection, but most of the conditions requiring doxycycline require a course lasting several weeks.

This means the pet will quickly come to resent being jabbed with something that stings, which can interfere with their bond with the owner and make vet trips stressful.

From Vomiting to Diarrhea! Doxycycline Side Effects in Dogs

Again, doxycycline for dogs is considered relatively side-effect free. In cases where ridiculously large overdoses are given, or if the pet is allergic to tetracyclines, then problems are unlikely. However, in a small percentage of animals, doxycycline can cause sickness and diarrhea. This is ironic as it is an antibiotic often chosen to treat certain types of gastroenteritis. The problem is usually not serious. Simply stop the medication and let your vet know there’s a problem.

If diarrhea and sickness don’t settle, there’s a risk of the patient becoming dehydrated. However, what’s more, likely is that the tummy upset clears up with a few days on a bland diet and a short course of doggy probiotics.

There is some flexibility in the prescribed dosage of doxycycline. For general use in appropriate bacterial infections, the recommended dose is 3 – 5 mg/kg twice a day. This should be continued for 7 – 14 days.

However, for tick-borne diseases, the recommended dose is higher at around 10 mg/kg. The length of treatment is also much longer at around 30 – 42 days. To summarize here are the main facts you need to know about doxycycline for dogs.

Border Collies are one of the most popular breeds around. In fact, they are END_OF_DOCUMENT_TOKEN_TO_BE_REPLACED

The Siberian Husky has long been one of America’s favorite dog breeds. Huskies have END_OF_DOCUMENT_TOKEN_TO_BE_REPLACED