The Complete Guide to The Magnificent Norwegian Forest Cat

The Norwegian Forest Cat is a specific breed of cat that is from the Scandinavian region of Northern Europe, much as its name suggests. They are a domestic breed, which means that they are not wild cats, but rather household pets. Despite this though, they are extremely hearty, as they have evolved to be able to survive outdoors in the extremely harsh winter climates of Scandinavia.

They are an extremely striking breed of cat, with extremely thick long fur. Their fur comes in layers, which helps to protect them from the cold, with the top layer being long, glossy, and water resistant. They then have an undercoat that helps with insulation, that is a more wooly texture. They are large cats, much like Maine Coons, with long limbs, a firm and sturdy body, and a bushy tail to match their furry body.

Norwegian Forest Cats were the cats of choice for the Vikings! They are very strong and durable animals, and that did not go unnoticed by the warriors of Norway. They could bring these amazing cats aboard their ships and have them stay healthy and hearty while eating any rodents that happened to be aboard.

There are enough similarities between the Norwegian Forest Cats and Main Coon cats that people often get them confused. They do look very similar, and some experts even believe that Maine Coons may be descended from Norwegian Forest Cats many generations ago. In addition to both being large breeds of cat, they both have long beautiful fur, a strikingly unique appearance, and silky coats. Personality wise, they are also both known for being extremely friendly breeds, and more outgoing than most other breeds of cats, meaning they are not only similar in appearance, but in actions.

The differences start with Maine Coons being more intelligent, in the fact that they like to learn new things, and are quick studies. They also emphatically enjoy the company of humans more than Norwegian Forest Cats, who can be aloof in their affection. You have to keep the Norwegian Forest Cat interested in you, whereas Maine Coons are more blindly loyal. Main Coons also has a slightly more narrow face, that although a subtle difference, is noticeable.

Norwegian Forest Cat Size: How Big is it?

This is a large breed of kitty. Once they reach adulthood, they are significantly bigger than most other breeds of cats. In fact, pictures of owners holding up their lanky and large Norwegian Forest Cats have gone viral, because of how large the kitty looks. Males of the species weigh as much as sixteen pounds, and females top out around 12 pounds, still hefty for a feline. This may be why this special breed of cat has been featured for centuries in Norwegian folklore and mythology, it is striking and large!

Almost all domestic cat breeds are going to be smaller than the Norwegian Forest Cat, with the exception of breeds such as Maine Coon. There are many dog breeds of comparable size though, such as a Boston Terrier, a Dachshund, or a Pug.

How long do they live?

Norwegian Forest Cats live approximately fifteen years. These kitties, like most unique breeds, have their own unique health issues. For example, both kidney disease and heart disease have been noticed more prevalently in Norwegian Forest Cats than in other breeds of cats. Additionally, inbreeding, which can happen with cats who are bred, can lead to something called Glycogen Branching Enzyme, which can cause many issues for the breed. Due to this, it is recommended that owners do DNA testing on their animals before breeding them, to ensure that this won’t be a problem that any resulting kittens will have. Due to the size, this breed also has some unique body difficulties. They can have joint issues throughout their bodies that is caused by their bones carrying around their large frame. They also are known to sometimes have a problem called hip dysplasia, which is another hereditary disease and is specifically a disease of the hip joint.

Not only are they gorgeous, but they are gentle cats with kind and loving personalities.

These cats make excellent pets for the right person or family. Not only are they gorgeous, but they are gentle cats with kind and loving personalities. In fact, these kitties might want so much of your attention, that you don’t have enough time to give them all the care they would like! They not only want you to hang out with them and pet them or love on them but because of their long and silky coats, they need a home where their owner will have time to comb their hair at least twice a week and be able to keep up with their heavy shedding.

These cats also love to be up high, and so would love it if your home provided spaces for them to jump up high onto shelves, or on top of other structures, and perch over the family keeping watch. Part of this is due to their independence because as much as they crave your love and attention, they also have a fierce independence streak and strong personality. These cats want to do what they want, when they want to do it, so it is good to keep them entertained and give them a lot of options around the house to keep their attention, such as toys and cat trees to climb on.

Where Can You Find a Norwegian Forest Cat?

The best two ways to find a Norwegian Forest Cat are to use either a breeder or a rescue.

A Norwegian Forest Cat will cost approximately 500 – 900 dollars through a reputable breeder, and probably much less through a rescue.

The best way to find one of these cats is to go through a reputable breeder. To do this you could go through such places as the Cat Fanciers’ Association, the Fanciers Breeder Association list, or The International Cat Association. It is important to do your research and make sure that the breeder you are choosing does things such as DNA testing, has high standards of animal care, and is being completely honest and upfront with you about any and all issues associated with your new cat. It may take some time, but finding the right breeder is not only good for humans, but for animals too.

The other option is to adopt your new cat through a rescue. The website www.petfinder.com is always a good place to start because you are able to search for specific breeds, as well as see things such as location and personal information on the pet you are interested in. There are also specific rescues for Norwegian Forest Cats, as well as many more rescues that deal with long-haired kitties in general. All of these options are worth looking into in order to find your family the perfect new cat companion! 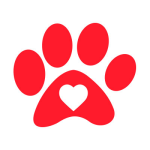