Getting an Emotional Support Animal in British Columbia, Canada 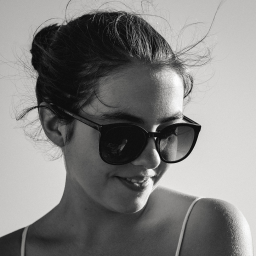 A part-time freelance writer and a full-time animal lover, she grew up around cats and kittens, which explains her love for all things feline. Her goal is to make others understand (and love!) pets. When Rita isn’t writing helpful articles for pet owners, she is probably reading, writing about books, drinking sugary coffee, or all of the above.

Getting an emotional support animal in British Columbia, Canada has never been easier. Now people suffering from a mental or emotional disability won’t have to spend the cool B.C. summers and mild winters alone anymore.

They can get a furry companion to help them cope with their disability! An emotional support animal’s presence can be one of the most comforting things in the world.

Getting an Emotional Support Animal in British Columbia, Canada

Canadian law is finally recognizing emotional support animals (ESA). This is a big step! It’s a sign that the federal and provincial governments are paying attention to the needs of those with mental illnesses. It’s about time!

Definition of an Assistance Animal According to Canadian law

According to Canadian law, the definition of an assistance animal (in certain provinces) is an animal that brings support and comfort to someone with a physical, mental, emotional, or psychological disability. This definition applies to both service dogs and psychiatric service dogs, and in some provinces, it applies to emotional support animals as well.

The first and probably most commonly known group of assistance animals are service animals. Service animals such as seeing eye dogs for the visually impaired or dogs that assist people in wheelchairs receive intensive training. They are trained to perform specific tasks to aid people with disabilities.

Psychiatric support animals also receive intensive training. However, they perform tasks for people suffering mostly from psychiatric or psychological illnesses or mental disorders. A psychiatric service dog can be trained to help someone with anxiety, depression, or post-traumatic stress disorder (PTSD). They can retrieve medication or alert their owner of an oncoming panic attack.

Unlike service dogs and psychiatric service dogs, ESAs do not need any specific training. This is great because it means that any dog (or cat) can be an ESA. Their sole purpose is to provide calming and comforting companionship and emotional support to their owners.

What is an ESA Letter and Why You Need One in Canada!

An emotional support animal letter is the most important document any ESA owner needs. This piece of paper tells the authorities that the animal by your side is not just a pet but an important part of your clinical treatment plan. It’s written by a qualified mental health professional or doctor.

Since there are laws that protect you and your ESA against discrimination when traveling on public transport, it’s important to always have your ESA letter with you.

In certain provinces, ESA owners are also protected against discrimination when looking for rented accommodation.

In British Columbia, a person with disabilities has the right to reasonable accommodation when traveling. This means that when traveling by train, ferry, or plane, they can’t be discriminated against. This applies to people with ESAs too.

The Aircraft Accessibility for Persons with Disabilities Code

This is one of the main federal laws for people with disabilities when traveling by plane. It states that they are allowed to fly with their ESAs. That is, if they comply with the airline’s ESA policy and its requirements.

To be sure you won’t be denied boarding, do your research beforehand. Check if the service providers ask you for any additional documentation besides your ESA letter. It’s the responsibility of every ESA owner to familiarize themselves with the rules and regulations of traveling with animals.

Some airlines welcome ESAs but have breed restrictions and other regulations. Again, it’s best to do your homework. It’s better to be prepared than to be surprised! Many provincial laws are gray areas that do not clearly define ESAs as assistance animals. Mostly these laws and policies simply haven’t been updated.

In British Columbia, the Human Rights Code and the Guide Dog & Service Dog Act are in place. These are the ones you must study up on.

An emotional support animal is not a service animal. This means they are not allowed into the workplace. But you can always talk privately with your manager or boss. Tell them how important for your productivity your companion animal is and show them your ESA letter. But please note, they are not required to accept them.

Renters getting an emotional support animal in British Columbia are in a bit of a tight spot. As of now, the provincial laws aren’t clear about housing rights and ESAs. This means that your landlord may not accept your companion animal in the unit.

Despite all this, ESAs are assistance animals. So try talking to your housing provider and showing them your ESA letter. Alternatively, you can look specifically for houses that accept tenants with pets.

Students who are getting an emotional support animal in British Columbia are seen as all other tenants. If your dorm has a no-pets policy, it may take some arguing to let them accept your ESA. But it’s worth a shot!

Exceptions to the Rules

Being an ESA owner isn’t just about the rights. You also have responsibilities. If you don’t follow the rules, your rights will be revoked. Here are some examples of what can strip you of your rights as an ESA owner:

Punishment for Misrepresenting an Assistance Animal in Canada

Passing off a pet as an assistance animal is a serious issue. In British Columbia, that carries a fine of up to $200.

Before welcoming an ESA into your life, you need to know some facts first. Here are the five most important ones you need to commit to memory:

Where to Take Your Emotional Support Animal in British Columbia

A day out on the town is a great way to enjoy a nice, sunny day. Bring Fido to one of these dog-friendly places and enjoy each other’s company.

Going to animal-friendly events is a good way to make friends in a new city. If you’re getting an emotional support animal in British Columbia and want to meet more animal lovers, we can’t think of a better place than these events.

A quick Facebook or Google search will show you a long list of year-round events in your area. It’s a great place to start!

ESAs in British Columbia, Canada: How to Get Connected Today!

We are invoking the Human Rights Code when we issue these letters. The Human Rights Code provides the broadest protections to service animal users, as it extends the right to be free from discrimination, harassment, and reprisal in all of the social areas covered by the Code, including services, goods and facilities, accommodation, contracts, employment, and vocational associations. We are also fully aware and understand that an ESA does not have to be honored and can be denied. We make sure to let our clients know this. There is no legal obligation for the other party to approve an ESA request, but they may be motivated to do so on compassionate grounds. Animals that have little training, are poorly behaved or have damaged property will be rejected.

Common Questions on Getting an Emotional Support Animal in British Columbia, Canada

What laws should I follow for me and my ESA in British Columbia?

Can I live with my emotional support animal?

Does my ESA need to be trained?

Great Pyrenees are the type of dog to stop you in your tracks. Their END_OF_DOCUMENT_TOKEN_TO_BE_REPLACED

Two breeds have infamously topped the most popular breed list in America for years; END_OF_DOCUMENT_TOKEN_TO_BE_REPLACED

Australian Shepherds are consistently one of the most popular breeds in America, especially in END_OF_DOCUMENT_TOKEN_TO_BE_REPLACED