Everything You Need to Know About The White Husky While there are dozens of beautiful different dog breeds out there, very few can compare to the stunning look of the White Husky.

With a wolf-like appearance, thick, soft coats and striking eyes, this is one breed of dog that you can’t help but notice.

Appearance and Personality of the Blue Eyed White Siberian Husky One of the first things you will likely notice about the White Husky is its look.

These sled dogs are entirely white in color and have thick coats, even thicker than other types of Siberian Huskies. They have pointed ears, long, full tails and most notably, bright blue, piercing eyes.

White Husky with Blue Eyes: How Rare are They?

White is not one of the original color markings for the husky. Bright blue eyes fairly common among Siberian Huskies, but white is actually not technically a color. Certain Siberian Huskies have a recessive gene that makes their coat completely white.

When two dogs with this gene are bred together, there is a higher chance that they will create a White Siberian Husky puppy.

The Black and White husky has bright blue eyes and is one of the most common and popular types of Siberian Huskies. These Huskies feature bright white coats and a range of black hues ranging from jet black to a more diluted black color. They also have a very defined facial mask and typically have bright white legs.

Besides the All White Siberian Husky, this is one of the rarest color patterns for this breed. This coat has hair that displays alternating color bands. This coat, also known as “wild coloring” has yellow, beige, black and browns in it.

Perhaps the most popular color of Siberian Husky is the Gray and White. These Huskies typically have more of the “wolf appearance” due to their patterns. There are three main types of gray coats: silver, gray and wolf-gray.

The Sable Husky is a reddish/brown hue and always has black points. This is the main way to differentiate between the red and white huskies. Sometimes, Sable Huskies are known as “black-nosed reds.”

The Red and White Husky has a stunning facial mask made of clean white and different shades of red colors. There are also flesh-colored points around the face as well. The eyes of these huskies are amber, not blue. These Huskies will never have any black hairs on them.

The White Siberian Husky may look like a wolf, but this dog is a complete lovebug on the inside.

These dogs are great family dogs and are known for being sweet and loving of everyone he meets.

This is why huskies aren’t great guard dogs, but wonderful dogs for families and children. They have a lot of energy and love to play not only with people but other dogs as well.

These dogs are easy to train, but since they are so smart and crafty it can be difficult to get them to behave all the time. They will likely pick up tricks quickly in obedience class, but may not want to behave when they get home. This is why it is important to be firm and completely consistent with training. What is the only thing better than a purebred White Siberian Husky?

They are also quickly larger than the White Siberian Husky and can weigh as much as 90 pounds when full-grown.

The White Siberian Husky isn’t a traditionally-recognized type of Siberian Husky, which is why it makes our list of favorite husky combo. These Huskies actually have a recessive gene that makes them all white.

The White Alaskan Husky may look similar to the White Siberian Husky, but this is actually an entirely different dog.

This is actually a term used to describe mixes of various Northern breeds that are used in dog sled races and is typically mixed between the Alaskan Malamute and the Siberian Husky. They can range in size, and while they are still all-white, they typically won’t have the Husky’s signature bright blue eyes.

The Alaskan Malamute shares a lot of characteristics with the Siberian Husky but the mix will be heavier and fluffier than the normal Siberian Husky dog.

If you love White Siberian Huskies, we have a treat for you. Here are a few fun facts about this unique breed of dog that may just have you love them even more.

1. Huskies actually use their tail for warmth. That thick, beautiful tail on the Siberian Husky isn’t just for looks. It actually helps them withstand colder temperatures.

2. Huskies don’t get fatigued easily. Because Huskies are bred to run and pull sleds, they are able to run for hours and hours without food or water and won’t get fatigued. They actually have a much different metabolic makeup than other dogs, and can easily run up to 100 miles a day.

3. Huskies aren’t great guard dogs. Even though they like to bark, don’t expect your Siberian Husky to be a great guard dog. They have a sweet disposition, and will likely befriend any intruders.

5. There is a bronze statue of a Siberian Husky in Central Park. In the winter of 1925, a sled dog team became heroes when they delivered medicine to treat a diphtheria outbreak in Alaska. The team was led by a Siberian Husky named Balto. White husky puppies are small and fluffy, containing a very different type and texture of hair when compared to older Huskies. They get their “adult fur” around 6 months.

The White Siberian Husky puppy is also quite vocal and known for their adorable, little high-pitched howls.

There are many reasons to love huskies, but one of the many things that make these dogs such a popular family dog is because they are highly intelligent and very trainable.

However, they can also be a bit stubborn, so while they may pick up new tricks and commands quite easily, they may try to push their owner’s boundaries. This is why you need to be strict and diligent with your training.

With these dogs–consistency is key.

The Cost of Owning A Pure White Husky Puppy

Here are some facts about the cost of owning one of these dogs that you should know before bringing your new Siberian Husky puppy home.

The average lifespan of the White Siberian Husky is 12-14 years. These dogs are known for being quite healthy and generally have a longer lifespan than other types of sled dogs. 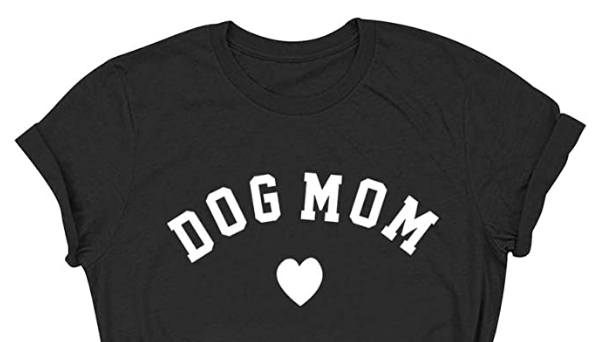 Ready to bring home a White Siberian Husky, here are some tips for owning one of these dogs.

1. Get a fence. The Siberian Husky is known for its athleticism, especially when it comes to jumping. If you plan on letting your husky out in your fenced yard, make sure you have a high fence.

2. Train them every day. Huskies are stubborn and while they’re smart, they will try to push your boundaries as an owner. So make sure you are working with them daily.

3. Let them outside in the snow. While you may not like the snow and the cold, your Husky does! Don’t be afraid to let them out in the snow during the winter. They will love it and they have plenty of features that will help keep them warm.

4. Don’t EVER shave your Siberian Husky. Many dog owners who have pets with long hair will be tempted to shave their dogs. However, with Siberian Huskies, you should never, ever shave them. These dogs need their full coats to maintain their normal body temperature. It not only helps warm them but cool them in the summer.

5. They may be difficult to potty train. It may take longer to potty train your Siberian Husky as opposed to other breeds of dogs. Don’t worry, it will come. You just need to stay patient.

6. These dogs rarely bark. Don’t expect your new Siberian Husky to start barking, but you can expect them to howl. This is their primary way to be vocal and communicate.

A White Wolf Dog Who Will Love You!

There are a lot of different facts that make the White Siberian Husky such a unique breed, but perhaps the most important thing for potential dog owners to know about these dogs is just how much these pets love their owners.

While they may be energetic and even a little stubborn, these dogs are extremely loyal, affectionate and always looking to be by their owner’s side.

Once again, we bring you the latest emotional support animals news developing across the END_OF_DOCUMENT_TOKEN_TO_BE_REPLACED